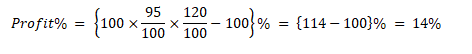 The Genetic Engineering Appraisal Committee (GEAC) under the Union environment ministry of India has recommended the environmental release of genetically modified mustard which paves the way for its commercial cultivation.

ISRO to upgrade ‘Indian GPS’, NavIC, to widen user base

Emperor penguins listed as endangered by US