Buddhism is a religion in which teachings of the Lord Buddha is followed by the saints, nuns and lay people across the world. It is no new that it is one of the great ancient religions which emerged during the 5th and 6th C.E.  Buddhism holds significance for India as it originated in the country. Since its rise as a religion to its decline it got such a massive response from common people who after following the path of Buddhism remained uncommon to others. The Mauryan Empire, the Kanishka Empire and many kingdoms of that time were influenced by the teachings of Buddha. This is evident from the art, literature, sculptures and extent of its spread about the popularity of the religion. So, why it was so important and popular is a question. Let us answer those in the below discussion. 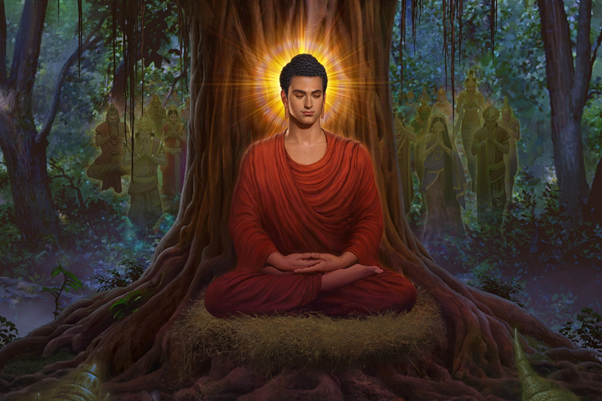 Strengthening of Buddhism in India

Reasons for popularity of Buddhism

From where we get evidences for its rise

Decline of Buddhism in India

Contribution of Buddhism in Indian Culture

Buddhism tried to mitigate the evils resulting from the new material life of the sixth century BCE. Since the Buddhists had a keen awareness of the problems (social & economic disparities), they presented innovative solutions to these concerns. Buddhism asked people NOT to accumulate wealth, indulge in cruelty or violence.

Today the total Buddhist population as per 2010 census in the Indian subcontinent is about 10 million, of which about 7.2% lived in Bangladesh, 92.5% in India and 0.2% in Pakistan. This shows the importance of this religion in cultural extent and its reach to the whole of Asia and majorly in South-central Asia. Buddhism is not just a religion but a way of life to attain a selfless, peaceful and Soulful life. India (in present time) is using it as soft power diplomacy with south Asian and other countries. It makes a link between India and the World.