Horticulture is a branch of agriculture that deals with the cultivation of fruits, vegetables, flowers, and herbs. Horticulture is mainly concerned with the growing and management of plants that are used as sources of food and also for medicinal and aesthetic purposes. It is the process of garden cultivation using scientific methods to generate fruits, vegetables, and flowers in larger quantities and varieties. The horticulture sector is considered one of the leading sectors of agriculture in various parts of the world. India is in the path of developing its Horticulture sector, but this is also evident that every growth is associated with the major challenges if not managed properly, Like the Green Revolution for Rice and Wheat.

Origin and Evolution of Horticulture 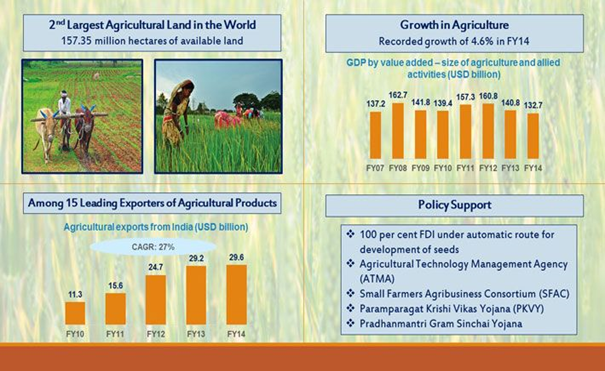 Types of Horticulture practices in India

There are several major areas of focus within the science of horticulture. 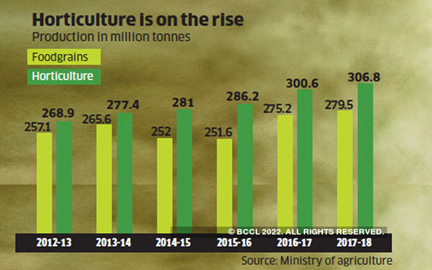 The Future prospects of Horticulture in India

What can be done further to enhance the growth of the Sector?

A conscious effort is required to implement certain initiatives that would lead to the future growth and development of the horticulture sector. Some of the future initiatives are mentioned as follows:

Benefits of Horticulture for India

“Green is good but it should be sustainable too.”

India is among the top producers of fruits and vegetables worldwide and is considered one of the best performers in horticulture production across the globe. The horticulture sector can experience further growth and profitability through improved techniques for production, farm mechanization to increase harvesting and processing efficiency, and procurement of best quality planting materials to produce high-quality products, but not at the cost of deteriorating the Environment and Health.