The Union government has extended the Pradhan Mantri Garib Kalyan Anna Yojana (PMGKAY) for another three months from October 1. 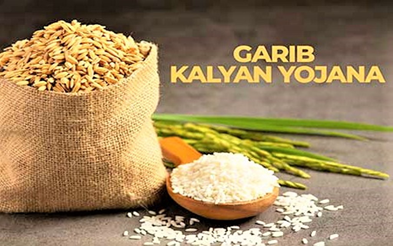 Targets of the scheme

At what rate are food grains provided under the NFSA?

Why was such a scheme needed?