Other key-highlights of the Survey 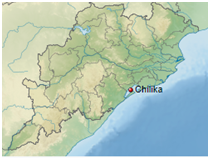 Why forest fires are common in Himachal Pradesh

System of Whistleblowing in India

Mapping the Belt and Road Initiative

Chandigarh, first in the race to assess the carbon footprint of individuals

Right to Dissent Is Hallmark of Democracy

Technical Textile Sector in India: A boon amid pandemic