The mixed layer of the ocean loss may lead to more frequent and destructive warming events such as marine heat waves, as per a recent study.

What is mixed layer of the ocean? 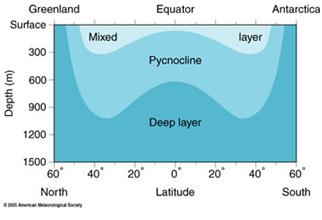 What could be the impacts of the thinning of the layer?

Why government borrows off-budget, and how?