The “AadiMahotsav”, a National Tribal Festival is being organized by TRIFED, Ministry of Tribal Affairs. 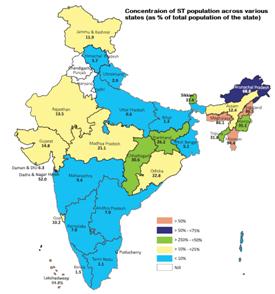 The essential characteristics of these communities are:

Why government borrows off-budget, and how?