Extensive use of Rare earth metals in clean energy technologies

Naturally abundant resources such as wind, solar and tidal energy are being hastened as the future of the planet's energy needs.

With these, rare earth elements are also extensively used in a bevy of technologies to generate this cleaner, renewable energy. However, their usage has become a concern for ecosystem.

What are Rare earth metals? 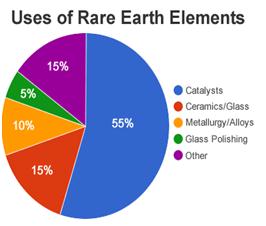 What is Square Kilometre Array, the world’s largest radio telescope

At least 800 Olive Ridleys dead in Odisha since January