However, Rural India is going through a period of widespread transformation. This transformation is represented by the declining growth rate of the rural population, various forms of agrarian distress and a considerable number of farmer suicides, increasing rural to urban migration, and the declining growth rate of agricultural output. Thus, no serious attempt has been made to analyse and understand the transition in India’s rural economy. 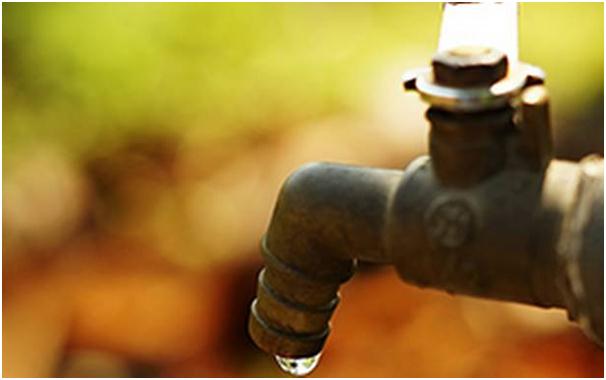 The contribution of the rural areas in economy of India for the period 1970-71 to 2011-12 is seen from its share in national output and employment.

Share of rural areas in total NDP and workforce

These evidences in the above table shows that urban economy overtook rural economy in terms of output but urban employment is less than half of the rural employment. This has serious implications such as wide disparity in worker productivity between rural and urban areas.ecline but its pace did not match with the changes in its share in national output or income. The declining contribution of rural areas in national output without a commensurate reduction in its share in employment implies that a major portion of the overall economic growth in the country came from the capital-intensive sectors in urban areas without generating significant employment during the period under consideration.

The growth rates by and large show lacklustre performance of the economy with the agriculture sector as usual being at the lowest rung. This has been the case since independence despite priorities being given to this sector. While major strides have been made such as green and white revolution, the agrarian crisis has always been a serious cause of concern attracting nationwide attention and leading to frantic discussions in the state and union legislatures. With agriculture appearing to be a failing economic activity, in order to salvage the situation, the government in its interim Budget 2019-20, announced an income support scheme Pradhan Mantri Kisan Sanman Nidhi or PM Kisan which provided direct income support of Rs 6,000 per year to farmers who have up to 2 hectares of land. Thus The low incomes of marginal and small farmers which constitute 86.22 per cent of holdings probably explains the low growth rate in the agricultural sector which is therefore ailing for suitable economic policies that are sustainable.

Needless to state, India’s agricultural sector has gone through massive reforms with both input and output subsidies being an important part of the government budget.But the crisis in this sector has perpetuated despite a seven decade or so journey since independence. With the Platinum jubilee year of Indian independence knocking at the door, the government is attempting to place the farmers at the centre stage of India’s mandate, and set a target of doubling farmers’ income by the year 2022 in real terms, with 2015-16 as the base.

The complexity of the rural transformation process calls for multi-layered governance and new forms of technical and financial assistance. The international debate on the structural and political changes in rural areas is vivid and ongoing. There are many international working groups and forums, with different constituencies and mandates that explore the central and unifying role rural transformation plays in the implementation of Agenda 2030.Irrespective of the definitional nuances, there is consensus that rural transformation is a complex and on-going process in the rural space in all countries. The effects of this process extend beyond the transformation of the agricultural sector and even beyond economic transformation and with some quite negative effects in many low- and middle-income countries.

However, the direction and effects of these rural transformation processes can be shaped and steered to prevent and mitigate negative effects and produce outcomes that are beneficial for rural populations on a national and subnational level. The process of rural transformation must thus be addressed by a policy agenda aimed at making rural transformation ecologically more sustainable and socially inclusive.

Rural India has been experiencing a sweeping transformation characterized by socio-economic improvement, accompanied by the assimilation of non-farm economy as the emerging phenomenon in occupational diversification. So we can say that India’s rural areas are not just merely dependent on agrarian occupation due to the rapid structural transformation at the village.

Ways to Address the Transition Challenges

The process of liberalisation has led to many domestic producers being unable to survive in the face of foreign competition while technology has made several jobs redundant.The Indian workforce is however dominated by youth population which will continue to be young for several decades to come.The government has tried to address the above issues in Budget 2019-20 as sops have been provided to sectors which have high job potential.

Hence boosting of the agricultural sector through increase in productivity and remunerative prices will augment farm incomes.

It has been argued that Indian government’s economic liberalization policies are the central factor responsible for the declining importance of the agricultural sector and the country’s unprecedented agrarian crisis that has led to the diversification of livelihoods from the agricultural to non-agricultural sectors and to food insecurity. Since agriculture has been the backbone of India’s national economy, the country’s agrarian crisis has adversely affected the growth of the GDP, the proportion of the population dependent on agriculture for their livelihoods, the real wage rates of agricultural labor, farm mechanization, and suicide rates among peasant farmers.

Therefore, the Indian agriculture is going through a transition that has involved a significant transformation of the rural economic structure. Thus, structural changes in rural India are transforming both the farming and non-farming sectors of the agricultural economy as well as the direction of development in this sector of India’s national economy.