India materialised itself as an independent nation-state on 15th August 1947, after a long freedom struggle against the British colonial rule and gave itself a constitution which made India a Sovereign, Socialist, Secular, the Democratic Republic with a parliamentary system of government. Since then, the Indian growth story has earned monumental growth in all spheres, yet there are numerous challenges that India faces today in its everyday social life, which are intertwined in a way.

The challenges can be better understood if discussed systemically. It can be done by segregating them based on the segment of the society they are affecting the most and then touching upon the challenges that affect the society as a whole.

CHALLENGES FACED BY THE CHILDREN:

CHALLENGES FACED BY THE ADULT POPULATION:

CHALLENGES FACED BY THE ELDERLY POPULATION:

According to the Population Census 2011, there are nearly 104 million elderly persons in India.

Elderly peoples carry the immense experience of their personal and professional life, society at large needs to channelise those experiences for a better tomorrow. The private sector also needs to step in with innovative, scalable & affordable Elder Care solutions.CHALLENGES FACED BY THE SOCIETY AS A WHOLE:

Evil faces of this system:

The following are the possible factors for demarcating a region:

Regionalism based Issues in India: Examples 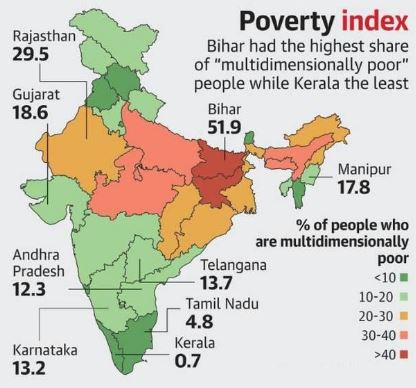 Economic disparity is created between those who can afford the technology and those who don’t. The digital divide in a way hinders the social progress of a country. The disadvantaged sections of society have to bear the brunt.

Indian society has undergone transformation and advancements in diverse fields. This has led to the formation of a composite society with various socio-cultural issues that need to be tackled in addition to the issues like security of the people, in particular of the vulnerable section-such as women, children and elderly. For centuries, we have shown strength in creating order from complexities, bringing together diversified groups to benefit the wider society, invigorating harmony among people with contrasting interests. This exemplifies the innate strength of Indian society on which it can rely to meet all future challenges.

Scientists discover new genus of treeshrew from Ramnagar in J&K