What the Report has found?

Other Outcomes of the Report 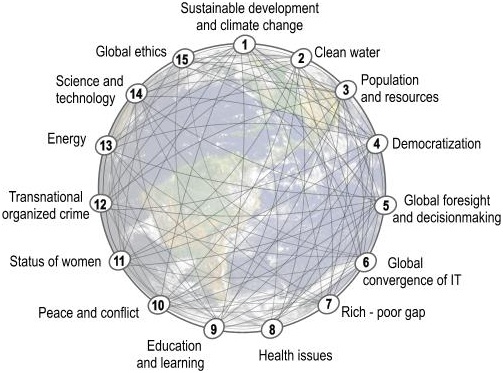 The impact of COVID-19 on globalization

Globalization has altered the way we live and earn a livelihood. Consequently, trade and travel have been recognized as significant determinants of the spread of disease. Additionally, the rise in urbanization and the closer integration of the world economy have facilitated global interconnectedness. Therefore, globalization has emerged as an essential mechanism of disease transmission.

Challenges aren’t going to stay within the borders of a single country anymore, and we’re going to feel them globally much faster. This may be a foreshadowing of things to come.

The pandemic has exposed the urgent need to revisit disaster preparedness and public health response to a health crisis such as COVID-19. Though much progress has been made in the nations' and the world's ability to respond to a public health emergency, the healthcare capacity of various powerful nations has been tested during this pandemic.

Even developed countries with sophisticated infrastructure, sanitation, and hygiene that have undergone epidemiological transitions are facing difficulties controlling the epidemic.

Less developed countries, however, have been overwhelmed, with many nations unable to adequately respond to and control the pandemic due to the lack of infrastructure, resources, fragile governments, and impoverished communities.

Assessing Tatmadaw’s intention and capabilities: What is next for the North-East insurgencies?

Trans-Border Migration: Bridging the Gap between State and Human Security

Why Climate Change is an Environmental Justice Issue

Assessing Tatmadaw’s intention and capabilities: What is next for the North-East insurgencies?

Trans-Border Migration: Bridging the Gap between State and Human Security

Why Climate Change is an Environmental Justice Issue