Rajasthan government has decided to build temporary shelters for migratory birds near the Sambhar Lake (near Jaipur) before 2020’s winter season. 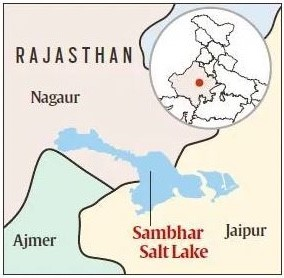 India and Japan sign Memorandum of Cooperation in field of cybersecurity

The Centre recently said that it will determine the jurisdictions of the Krishna and Godavari river management boards (KRMB and GRMB).